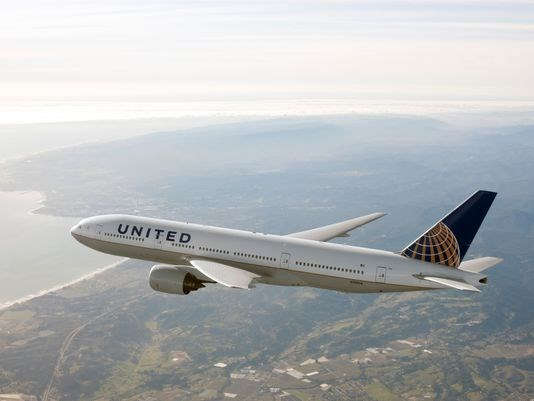 All Aboard Travel Owner Alex Ramsey Highlighted on WFAA-TV: Despite outrage, don’t expect to cash in on United flights

WFAA TV- DALLAS 04/18/2017–When video of a passenger being carried off a United flight began trending all over social media last week, the backlash against the airline was severe.

At least at the time.

Despite the outrage, the vows to boycott, and a dip in share price leading to calculations the airline lost up to $800 million in value, the long-term prospects for United remain largely unchanged. In other words, once the social media dust settled, United’s situation was not as dire or damaged as initially perceived.

“When you hear that $800 million loss number, that is not reality,” said Chief Investment Officer Craig Hodges with Hodges Capital Management.

Though United’s share price did drop amid the furor, it quickly rebounded, and even at its lowest point was only down two to three percent. Hodges said stocks will typically move that much in a week even without a public relations disaster.

“In a situation like this where they get bad press, that typically washes away,” he said.

Hodges added that companies that experience significant loss in share value are typically a good investment, but such opportunity never even materialized with United.

“When you can buy good companies on sale, that is what a good investment is,” said Hodges. “We would have been in there buying because that is an opportunity to take advantage, but in this situation, that opportunity really was not created.”

In fact, airlines are still a good investment right now, according to Hodges, because the industry has consolidated and been “right-sized,” making it a better industry for investment. The video may have caused embarrassment and a PR nightmare for United, but it did little to change the long-term fundamental make-up or operation of the company.

Rather, Hodges thinks it’s an example of how to handle, or how not to handle, issues when they arise.

“It is a lesson to every CEO or everyone running a company that when bad news happens, you have to get out in front of it,” he said.

Jet-setters hoping United’s unfortunate blunder might lead to potential deals to win back or placate customers are also overestimating the impact.

“When these things happen, it causes a few days of upset chatter back and forth and then it is over,” said Alex Ramsey, a travel agent with All Aboard Travel.

As a professor at Southern Methodist University, Ramsey has also studied trends in customer service and found consumers have become much more willing to put up with poor service if it means a lower price. In an industry as small as air travel, that means passengers do not have a lot of wiggle room when it comes to what airline they choose.

“I think we have just gotten used to bad customer service in so many instances. When we do not have a lot of choices, we look at cost,” she said.

The lack of choices has led to a rise in travel on private airlines, according to Ramsey who said customers should be familiar with their rights when flying.

She recommends passengers who have a bad experience should take their complaints to the Department of Transportation rather than complaining to the airline.