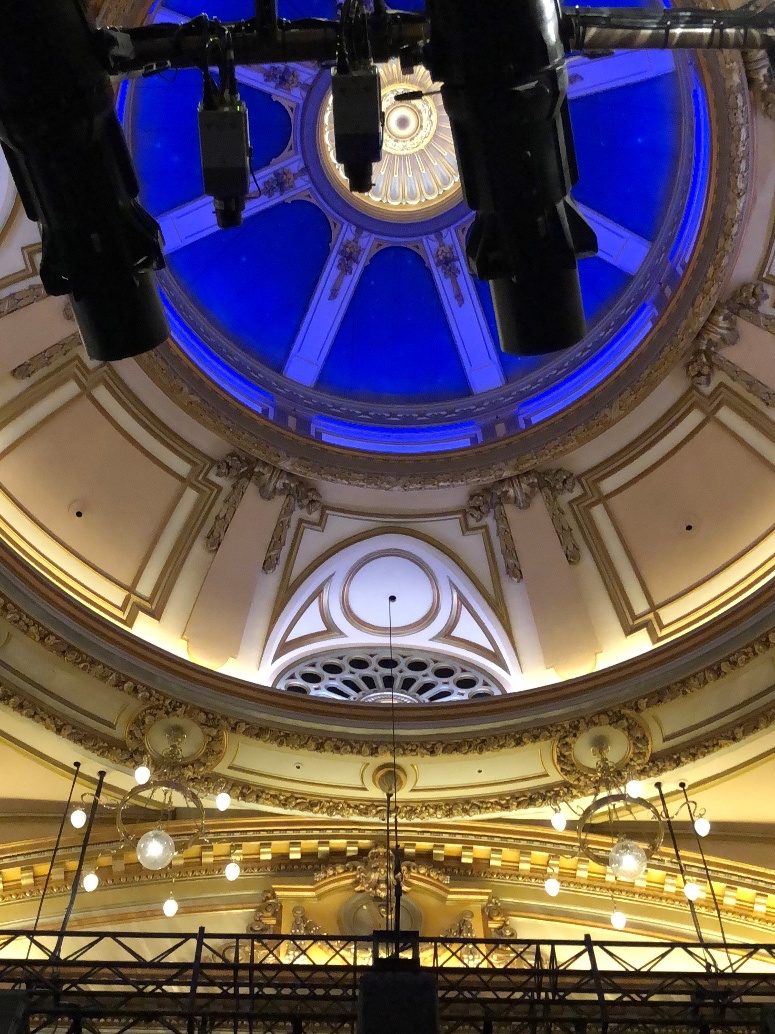 Soon after its Broadway debut, I was heading to NYC and bought tickets to Hamilton having heard it was good. Good is understates that whopping experience. I witnessed a theatrical miracle and was privy to stand-out, mind-altering performances by the explosive Tony-award winning cast. Yet, I almost missed discarded my tickets, because I thought my seat was so bad it would ruin the experience. You see, my travel buddy and I got the very last two tickets, having no idea what a blockbuster it was.

Away from the epicenter of the New-York theater world, rumors of this peculiar new musical had reached my mental radar screen. That was, in part, because its implausible plot and story line raised every skeptical antenna in my brain. I mean, seriously? A musical based on the first US treasury secretary, about a dull and forgotten figure from the 1700s? When my travel buddy and I arrived at the theater, our seats were on the next-to-last row. The height was so precarious, finding our seats we called our trek to Mt. Everest. Huffing and puffing up yet another flight of stairs, we reached our overcrowded back row, Munchkin-sized seats. Disgruntled with those seats and tired from our travels, we agreed to leave after the first act and get a good night of sleep. Frankly, if we hadn’t been so tired from climbing Mt. Everest, we might have left then and there. Instead, with the first note of music and first word of the opening act, we were mesmerized.

Once is rarely enough when it comes to live theater of this quality. It’s costly, but the experience is unlike any other. Electricity charges live shows. Every production brings out something different in the script, the actors, the audience.

Years passed and I was on my way to Europe with my son, just a few weeks after the London version of the show opened. I could barely contain my excitement at taking my son to London to see it. The production equaled the Broadway version. A few cast members were even better than the Broadway crew. My opinion only. This second experience unearthed themes and qualities in the characters that I missed in the original.

For my third Hamilton experience, the show came to my home city in Dallas. I missed the patina of the Broadway and London theaters and the star power of the original, but the power of the cast and production still delivered a performance that gobsmacked the audience. Plus, the price point was a lot more digestible! Remember, when the ticket price in NYC for orchestra, center stage went for $10,000 a pop during those final days before creator and star Lin Manual-Miranda made his final performance?

During that trip to London, the 5-star Langham Hotel provided a restful retreat for us.

We both enjoyed the hotel’s rich history of being the oldest of the London luxury hotels, opened around 1867. Its Palm Court launched the first of London’s high teas services. Mark Twain, Oscar Wilde, and Princess Diana frequented it. The special club floor was the only one of its kind and was a great people-watching experience, comfortable with constant access to nibbles and drinks. The hotel sits across the street from the BBC and a quick walk to Selfridges and Oxford Street. A few blocks away, we enjoyed a late lunch at a charming pub called The Windmill. 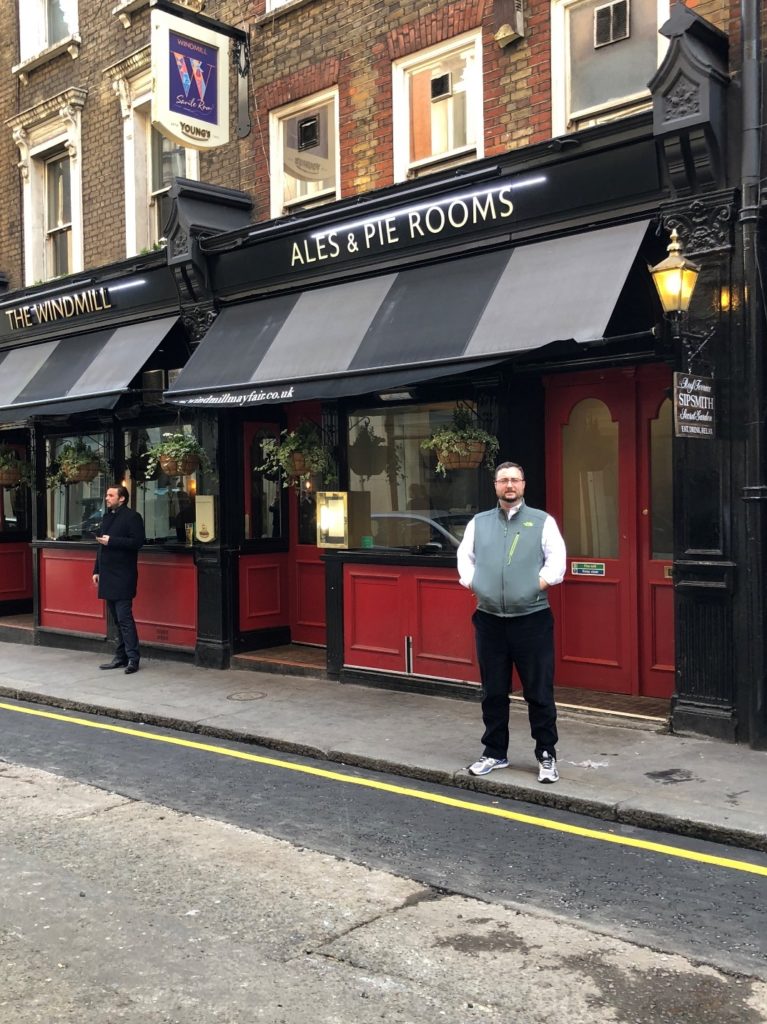